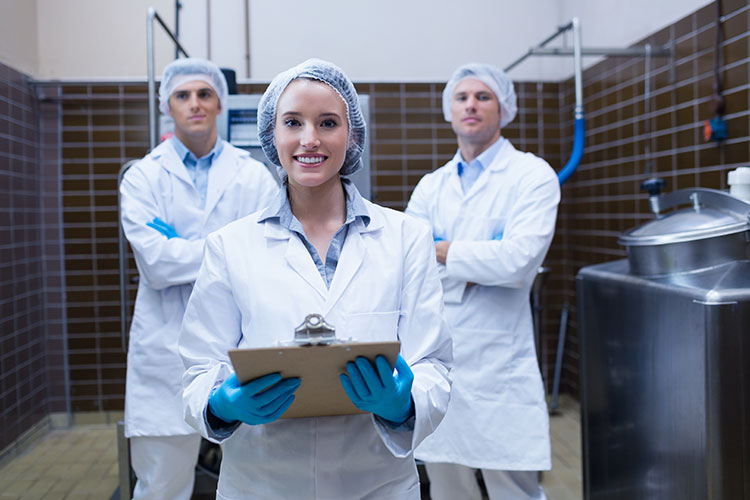 HACCP stands for Hazard Analysis and Critical Control Points. The HACCP System is a systematic and preventative food and pharmaceutical safety approach, which identifies the different hazards in the food production process. The hazards can be biological, chemical, physical, or even allergenic. The system is used mainly to reduce any risk of producing harmful end products.

The system is used on all food chain stages. It is known to be effective on every stage as well, from food preparation and production, to packaging and distribution. It is also considered as a hazard prevention program, rather than an end product inspection. Generally, it keeps foodstuff, especially processed foods, safe from the time of harvest until it is consumed by an individual.

The program relies on seven principles. The first one is conduction of analysis, this is where plans of determining the hazards and creating preventive measures on controlling them are done. Second is identification of the critical control points where the steps in food manufacturing process, and at which point the control should be applied, is identified. The third is the establishment of the critical limits for the critical control points, this is where the maximum critical limit to which a biological, chemical, or physical hazard needs to be controlled to prevent a possible hazard.

The seven principles are also used in the ISO 22000 FSMS 2005. The standard uses GMP and SSOP, which are elements of pre-requisite programs. The standard is known to be a comprehensive food safety management system, which is utilized by top food chains and manufacturers.

Implementation of the HACCP program entails monitoring, verification, and validation of the regular work flow to ensure they are compliant with the requirements. The work flow should be consistent in all stages of the process all the time. There are a number of assurance companies who provide program training nationwide. This allows more entrepreneurs to be able to get their company accredited.

Although the program is effective, it is not meant to be used by itself. It is used along with other established management programs, and works with those. Other programs used should involve GHP or Good Hygienic Practice, GMP or Good Manufacturing Practice, GSP or Good Storage Practice, and GAP or Good Agricultural Practice.

The HACCP System was formulated in the early 1990’s. The US Food and Drug Administration, along with the US Department of agriculture believe that the mandatory programs for meat and juice production are effective in eliminating the health hazards that were commonly involved in food processing and distribution.