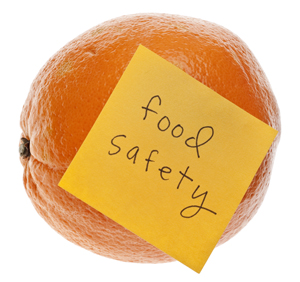 The kind of foodstuff that people eat on a daily basis must be keenly monitored and evaluated to be fit for consumption. Manufactured goods may not be fit for human consumption if some manufacturers do not produce products of required quality thus posing a risk to consumers. BRC food safety is a set of rules that govern the manufacture and packaging of products in a consumer environmentally friendly manner to enable sustainability of all foods.

Companies that are specialized in the production of foodstuffs are monitored to ensure that their food production meets requirements laid down to govern the manufacturers and the retailers in their line of work. The standard was introduced in 1998 and has now been adopted all over the world to thousands of locations in many countries across the globe. This has an important role to play in the economy as it protects the rights of consumers globally.

The British Retail Consortium is a leading trade association among many others in the United Kingdom that is concerned with representation of retailers ranging from small business to large chain stores, independently owned stores and larger departmental stores. This makes up around 80 percent of general retail trade in the United Kingdom. This consortium was formed in 1992 out of a merger between Association of Retailers and Retail consortium.

Facilitation of standardization of safety, quality, fulfillment of legal obligations and operational criteria are all provided in the best interest of consumers whose health must be considered and protected. The first edition was concerned with protocol for food suppliers and technical standards to be observed in manufacturing, packaging and distribution of products. This revolutionized the perception of customers and created awareness of their rights to high quality products and services.

There are several functions that are performed by the BRC and they should be known to consumers for the sake of general interest or for seeking legal action in any case there is a violation of the laid down rules and regulations. One important role is the voicing of rights of the retail industry to the government to ensure they work under the most favorable conditions. They therefore act as the bridge between the government and the retail industry.

Product areas including foods, consumer products and packaging have standards that have been set and must be complied with. Inspectors ensure that any exported products to the United Kingdom have met these requirements before being allowed in. Foodstuffs delivered to supermarkets are also certified before they are displayed on the shelves.

Another area of interest for the BRC is the storage and distribution of foodstuff which must also be done to the standards in order to ensure that no consumer is supplied with stale or damaged products. The interests of this industry are majorly based on price inflation, legislation, value added tax, confidence of consumers and sales. Each of these aspects and factors affecting the industry are considered.

BRC food safety is an important certification for all manufacturers in the foodstuff industry who are intending to meet certain standards. There are online guides that can be acquired and can be employed to comply to the rules and regulations. Strict penalty could be exacted on those companies which ignore these standards.